Return to Portfolio
← previous next → 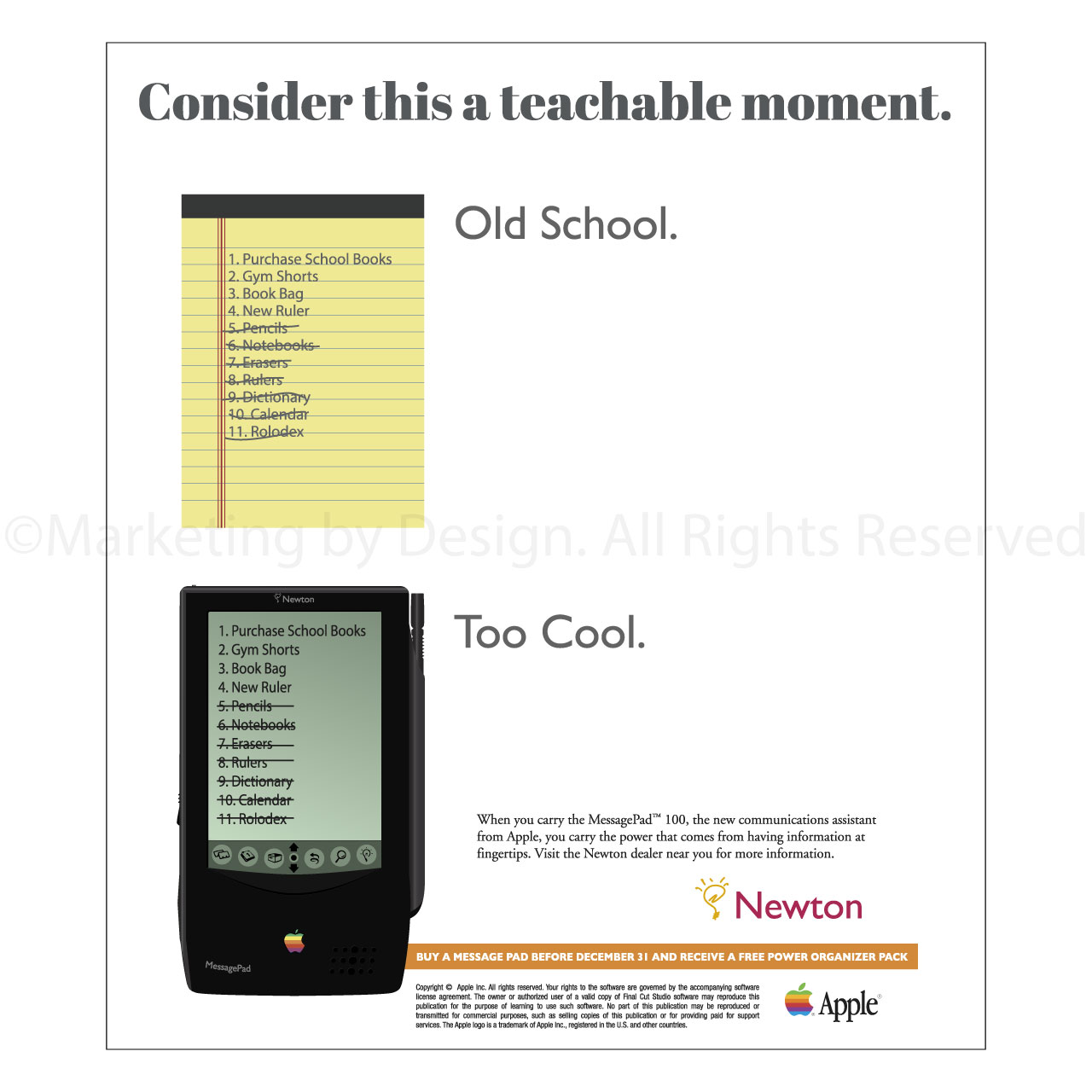 While at UCLA Extension, my assignment was to create an illustration and incorporate it in a publication ad. I wanted to create an Apple ad which were so new and fun during that time period. I had just purchased the brand new Apple Newton personal assistant, a device that was well ahead of its time featuring writing to text. So it became the subject of the ad, and I was excited to create the digital illustration in Adobe Illustrator, my new replacement for Macromedia’s Freehand. Along with recreating the Newton and Apple logos, it was fun to create “the hook” and the copy to ride along. It was a fun project that helped me to pass my course in good stead.

Let's Get Started on Your Next Project.

Take a moment to tell us about your business and its marketing needs. We will arrange to contact you shortly.